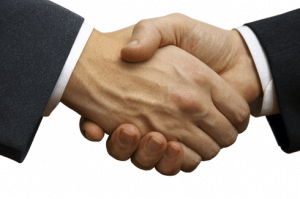 The annual EU-Canada Summit will take place in Quebec City this Friday, 17 October. The European Commission will be represented by its President, José Manuel Barroso, who will participate alongside French President Nicolas Sarkozy, in his role as President of the Council. Prime Minister Stephen Harper will represent Canada. The agenda will focus on the financial crisis and the global economy, and on boosting EU-Canada economic relations. The Summit will also look at regional issues, such as Afghanistan, where the EU and Canada are co-operating closely together to promote good governance, sound development and the rule of law.

President Barroso commented: “At the end of a week in which we have been reminded of the global nature of the financial crisis and the EU has taken decisive action to restore financial stability and protect depositors, it is all the more timely that we should meet with our long-standing strategic ally and G8 partner Canada. It is important for us to remind ourselves that EU-Canada trade and investment relations are the bedrock of our relationship. That is why I am glad to see that the joint study we have now concluded predicts economic gains for both sides from a closer economic partnership. I will be looking to this week’s Summit to launch the process towards a new and ambitious economic agreement. It is important that we get off on the right footing by carrying out a thorough scoping of this to ensure that any future agreement addresses the interests of both sides in a balanced way.”

Commissioner Ferrero-Waldner remarked that: “EU-Canada co-operation on regional issues around the world is better than ever. Not only is Canada a regular participant in the EU’s ESDP missions, but we also enjoy a healthy co-operative relationship in the field of election observation. Canada was a valued participant, for instance, in this year’s EU Election Observation Mission to Pakistan. With regard to Afghanistan, we also work very well together in crucial areas such as security sector reform and border management.”

EU-Canada relations have gone through a particularly intensive phase over the past year, notably with regard to the collaborative work, now completed, on a joint study assessing the benefits and costs of a closer economic partnership. In parallel, negotiators have made substantial progress on an ambitious EU-Canada air transport agreement, designed to produce significant economic growth and create new jobs by opening up fresh investment opportunities in the sector and reinforcing regulatory co-operation.