Study on the Competitiveness of EU electrical and electronics goods markets

Results of the study

Despite increased globalisation, electrical and electronics goods industry is a major segment of our economy, both in terms of production and retail sector.

The study analyses market production conditions and product developments, the structure of the retail market, and it focused on price convergence and dispersion.

The study not only compares products’ prices across the Union, but it also shows them in relation to consumers’ choices when it comes to online shopping or energy-efficient appliances.

The study confirms that the European industry is strong, notably when it comes to the manufacture of electrical home appliances such as dishwashers, and washing machines. As in many other sectors, the supply and value chain has been globalised for the last few decades.

While Europe is the leading global player for electrical products, companies in the electronic goods sector face strong competition from the US and Japan. The new Member States managed to improve their position in the electronic market, but the total EU value added kept decreasing.

Europe is the leading global player in the electrical goods sector. In contrast to US and Japanese competitors, EU value added in this sector increased between 2000 and 2008.

It may be noted that in terms of consumption, electronics products generally have higher sales per person (though more volatile), and higher growth predictions, than electrical goods.

The retail market decreased for both sectors around 2009, with the downturn setting in earlier in the sector for electrical goods, which decreased between 2007 and 2009. The electronics goods market turned did not turn negative until 2009.

The study can be downloaded from here: 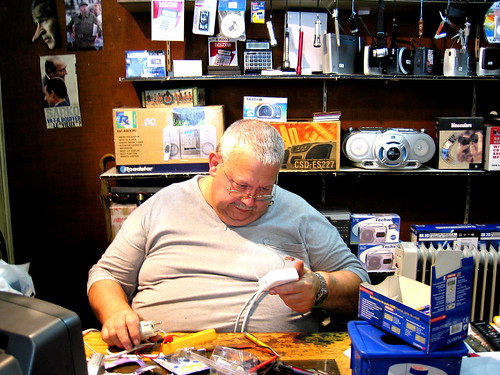