On the September 8, 2017, the European Commission published a 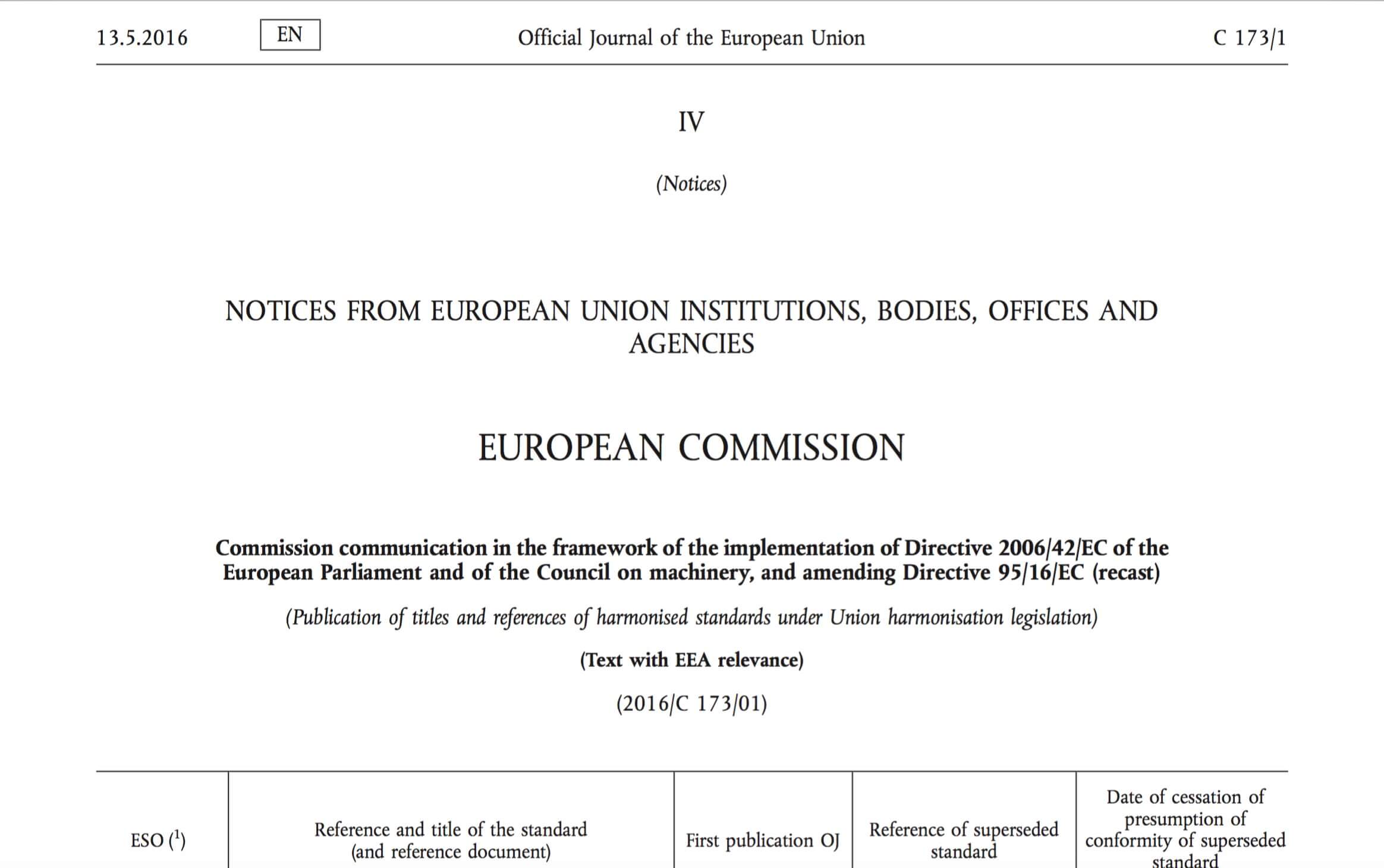 The European Commission has published a new list of European harmonised standards for the Machinery Directive (2006/42/EC). If you are a machine manufacturer with CE marked machinery, we recommended you to download the new list and check if the standards you applied have been amended. The list may also contain newly adopted standards that apply to your machinery.

Last week, this  blogpost of the good folks at European Law Blog was brought to our attention. In a well written article, Megi Medzmariashvili informs us about an interesting case that will be brought to the European Court of Justice soon. This ‘James Elliot Construction case’ concerns the interpretation of the practice of ‘attaching’ harmonised standards to European directives and regulations. This practice is a specific feature of the CE marking directives and the EU’s regulatory approach called the New Legislative Framework.

If the European Court of Justice will follow the opinion of the Attorney General in this case, this could lead to end of one of the corner stones of the CE marking system: the referring to standards developed by private standardisation bodies. It also potentially endangers the European standardisation’s financial model and it could bring an end to the protection of harmonised standard’s copyrights. We’ll be following the developments in this case with great interest!

We thank European Law Blog and Megi Medzmariashvili for allowing us to repost their blog post here:

On Friday 4 May 2012, the European Commission published an