In order to understand the various types of EU Declarations, it’s important to first understand a bit about the system that uses them. Two systems of product safety evaluation are currently in wide use globally: Certification, and Marking. Understanding the differences between these two systems is important for anyone who gets involved with regulatory compliance activities. It’s also important to know that these Declarations have no relationship to the compliance declarations often used in commercial supply chains. Supply chain declarations are simply used to ensure that vendors attest to the fact that they supplied what the customer ordered. This type of document has no relationship to the EU Declarations discussed article.

The oldest existing system for product safety is the Certification system. This system was first introduced by William H. Merrill (1) , (2) in the early days of Underwriters Laboratories (3). In this system, an objective third party organization reviews the design and construction of a product against the requirements of an established standard. Testing is normally a part of the evaluation process, requiring a person or organization to submit a number of samples of the product. Some of the samples will normally be destroyed in the testing process. Tests can include any aspect of the design related to safety, which could include the evaluation of toxicity of finishes, flammability of plastics and other materials used in the product, water and dust tightness, voltage withstand, etc. The components used in the product will also be assessed. Those that have been assessed previously and are “listed” may be exempt from further evaluation, unless they are used in a way that is different from their intended application (i.e., at a higher voltage, a higher or lower temperature, etc.). Once the evaluation is complete and the product has successfully completed all the required tests, the certifying laboratory will issue the manufacturer a license to apply the laboratory’s mark to the product, and a certificate attesting to the product’s conformity with the requirements is issued, thus the term “certification.” From this point forward, the construction of the product is frozen. Any changes to the components used or the construction of the product must be reviewed and approved by the certifier.

The certifying laboratory will also institute a series of regular factory audits, usually on a quarterly basis, to ensure that the product that is being marked continues to conform the those that were originally tested. This is done at the manufacturer’s expense. The factory visits will continue until production of the product is discontinued, or the certification is ended for another reason. Application of a certifying laboratory’s mark to a product without having passed through the certification process and obtained the license from the owner of the mark is fraud. In fact, even putting a mark on your product that might be confused with an existing certification mark can be fraud.

Currently, there are sixteen accredited product safety certification bodies in Canada, and fifteen Nationally Recognized Testing Laboratories (NRTL) in the USA. Many of the organizations that are accredited in the US are also accredited in Canada.

The “marking” process is a relatively new system, introduced by the European Union (EU) in the 1993 (4) as part of the introduction of the EU CE Marking system. The EU vision included the elimination of technical barriers to trade by creating a unified market within the EU Member States.

The “Single Common Market” (5) was created in 1987, and this necessitated the harmonization of product safety requirements across all of the Member States. The CE Mark was introduced (6) as a sign that the product met the relevant product safety requirements. As part of this, the EU did not want to add unnecessary cost for manufacturers, so rather than implementing a certification system like that used in North America, it was decided to use a “self-declaratory” process (7) for everything except the most hazardous products. Manufacturers would be required to determine what product safety laws, called Directives, applied to their products, and furthermore what technical standards applied to their products. Standards were harmonized under the various directives, and these documents, with numbers starting with “EN”, were given special status. Use of harmonized EN standards in the design and manufacture of a product confers a “presumption of conformity” with the directive(s) under which the standard is harmonized. Not all EN standards are harmonized. A list of harmonized standards is published about once a year for each Directive in the C version of the EU official journal. Only those standards, referenced by date, allow for presumption of conformity with the essential requirements of the directive (13). You can find the lists of Harmonized Standards at https://ec.europa.eu/enterprise/policies/european-standards/harmonised-standards/.

Once the manufacturer is satisfied that all the required measures have been taken, and has compiled a Technical File for the product, the CE Mark can be placed on the product, an EU Declaration issued and the product shipped.

Under the CE Marking system, the manufacturer’s declaration is a contract between the manufacturer of a product and the EU Member State(s) in which the product is sold. Depending on the Directives that apply to the product there are a few possible variations on what is required:

There are unique circumstances under the individual directives that are too detailed to go into here, but it is important to understand that there are variations between Directives.

The European Union has gone through several different identities since it was originally formed in the 1950’s. The original six countries came together in 1953 as the European Steel and Coal Community. In 1958, the Treaty of Rome created the European Economic Community (EEC), and then in 1993 the Maastrict Treaty created the European Union (EU) (10). Upon the entry into force of the Maastricht Treaty in 1993, the EEC was renamed the European Community (EC) to reflect that it covered a wider range of policy. This was also when the three European Communities, including the EC, were collectively made to constitute the first of the three pillars of the European Union (EU), which the treaty also founded. The EC existed in this form until it was abolished by the 2009 Treaty of Lisbon, which merged the EU’s former pillars and provided that the EU would “replace and succeed the European Community” (11). So in all cases, declarations should bear the title “EU Declaration of…”, regardless of what you find in the current editions of the Directives. This is a fine technical point, and should not result in your declaration being rejected by customs inspectors. If you want to get things right, make sure your documents say “EU”.

Use of Logos and the CE Mark on Declarations

There is nothing that I could find that prohibits or requires the use of corporate logos on Declarations. My usual guidance to clients is to publish their Declarations on company letterhead, since the declaration is a de facto contract, and should therefore be published on official stationary. This is not a requirement, just good practice in my opinion.

I’ve seen many Declarations that also bear the CE Mark. ISO/IEC 17050–1 suggests that marks placed on the product should be referenced by and traceable to the Declaration, and that the mark may be shown in an attachment if desired [8, A.1, 6)]. Showing the mark on the face of the declaration is neither required nor explicitly prohibited, but in my opinion, other than attaching a drawing of the mark to the Declaration, I would not use it in this way. The mark is intended to be placed on the product and should be reserved for that purpose.

Summing up the discussion, EU Declarations:

(7) Guide to the implementation of directives based on the New Approach and the Global Approach. Luxembourg: Office for Official Publications of the European Communities, 2000.

This article came about because a client of mine had questions regarding European declarations. To verify and validate my opinion, I put the question to the members of the IEEE Product Safety Society’s EMC-PSTC list, a group of over 650 experienced product safety professionals, before I responded to my client. I want to acknowledge contributions to the discussion by the following members of that list, in alphabetical order: Gert Gremmen, Brian Kunde, Chuck McDowell, Brian O’Connel, Douglas E. Powell, Mark Schmidt, Joshua E. Wiseman, John Woodgate, Sam Yogasunthuram,

This article was originally published 2013–11–20 on the Machinery Safety 101 blog: https://machinerysafety101.com/2013/11/20/understanding-european-declarations-conformity-incorporation/ 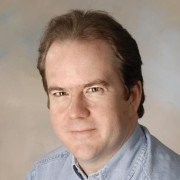 Doug Nix, A.Sc.T. is Managing Director at Compliance InSight Consulting, Inc. (https://www.complianceinsight.ca) in Kitchener, Ontario, Canada along with his partner, Kimberly Nix. He writes a blog called Machinery Safety 101. He has more than 25 years of engineering technology experience, with a focus on risk assessment and machinery safety since 1996. Doug graduated from Sheridan College in 1985, becoming a certified member of OACETT in 1991. He is a member of the following professional organizations including OACETT, IEEE, the IEEE Product Safety Engineering Society, CSA and the SCC Canadian Advisory Committee to ISO TC 199.